It's 2016, the HTC Vive has just been released to consumers, my pre-order had arrived early, I needed to get my hands on some of the productive tools that were already available for the unit.

TiltBrush was one of the pieces of software I recieved for free with my pre-order of the HTC vive so I needed to give it a go as soon as I had the unit set up. TiltBrush allows you to physically paint in mid-air, like using a sparkler but the trail you draw with it never disappears. The experience is incredibly fun and when you really get down to work with the space you have you can create some really fascinating pieces of art.

The first illustration I decided to create was Nick Wilde from Disney's Zootopia. TiltBrush allows you to import PNG files to use as reference and position freely in the space around you, so I imported several images of Nick and started painting.

The end result has been exported as an OBJ and uploaded to sketchfab. 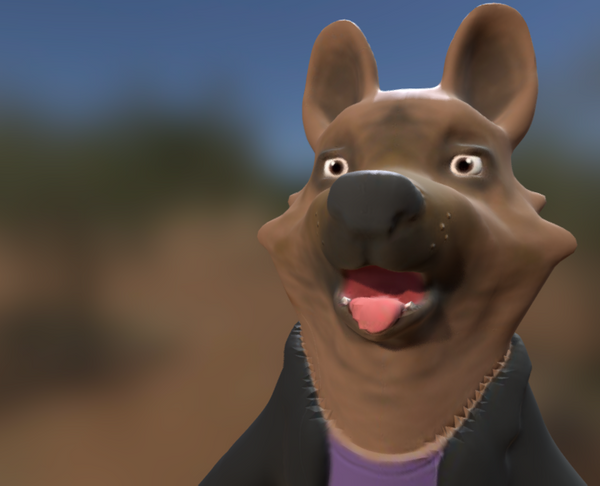 One of my assignments during the first year of Computer Games Art was to sculpt my own character based off a film I've watched. Since I love animal characters I decided to make

During my first year at University, before switching to Computer Games Art I was taking a Computer Games Technology course. One of the modules on this course during the foundation year involved taking