Glitching Reality is a photography project I did during my time at West Suffolk College. For this project, I took the concept of perspective photography and combined it with glitch art.

To bring the glitches to reality, I used a portable projector to project onto different surfaces at night or in a dark room. These photos were taken on a digital SLR camera on the lowest possible shutter speed.

My idea of perspective glitch imagery has been inspired by a street artist called Felice Varini, who specializes in geometric perspective-localised paintings in ooms and other spaces, using projector stencils (The same method I'm using, but simply taking photos of the projections rather than tracing over them instead)

The photos displayed here have been taken late at night in my garden using both a portable phillips projector and an SLR camera. I used an SLR instead of my phone because of the lighting conditions outside, my phone was having a hard time actually seeing the projection in low light and there's no way to shoot at a low shutter speed from my phone. The outcome of these projections came out far better than I thought they would and I'm really happy with them 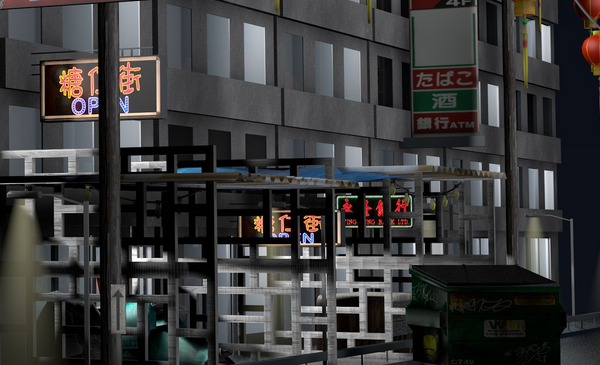 Here is my first piece of full 3D work in Cinema 4D, created for my second year of Interactive Media at West Suffolk College. The original idea was to create a futuristic city 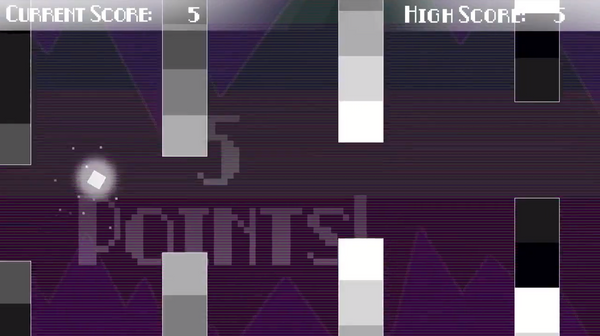 FLAPEGGIO is a Flappy Bird clone I created using Multimedia Fusion 2 as part of a project for college. The latest version can be downloaded for free from here: https://violetraccoon.itch.io/